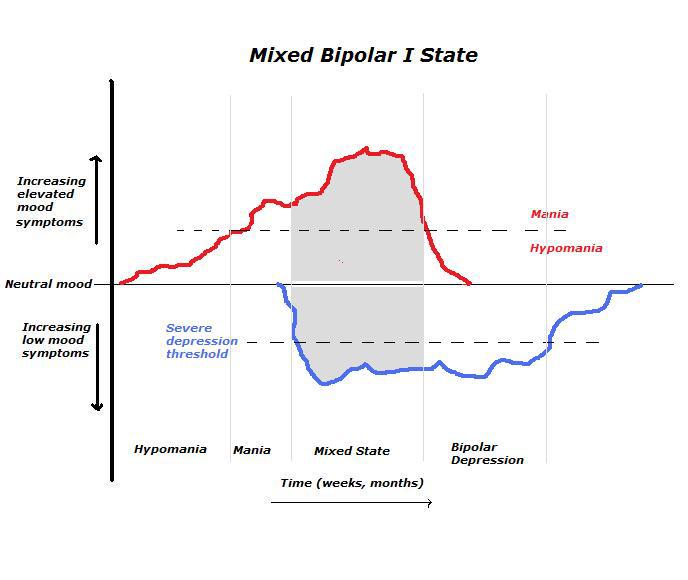 In these common but underrecognized bipolar states, both manic symptoms and a full syndrome of depression are present at the same time. In clinical practice, pure bipolar depressive states and pure manic states are likely less common than mixed states, where significant elements of both states are present simultaneously. One useful way to conceptualize this is to recognize that, in bipolar individuals, both manic elements and depressive elements may vary somewhat independently of each other. Such states are hard for patients to describe, not only because they are inherently unstable and changeable states, but also because they seem contradictory: “Am I depressed because my mood is low and I’m hopeless, or am I manic because I’m restless, don’t seem to need sleep, and am impulsive?”
Doctors seeing only the depressive elements may prescribe an antidepressant, which not infrequently leads to worsening of manic (and depressive) symptoms, or increases the rate or severity of cycling of manic and depressive elements of the illness. In general, the key is to increase mood stabilization and remove or reduce antidepressants, stimulants, drugs of abuse, and other factors which can worsen mood stability. Mixed states may be represented graphically as follows: