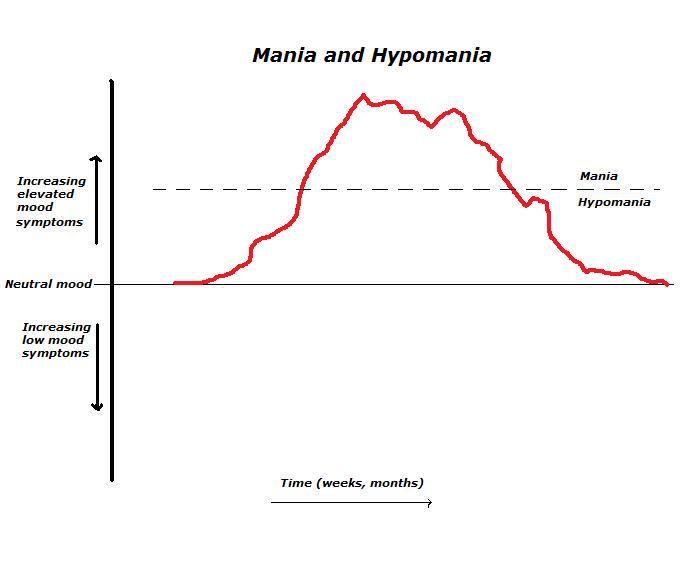 These affective states are characterized by abnormal and sustained elevations in sense of well-being, mood, speech, energy, sense of self-importance and similar symptoms. Individuals with mania or hypomania often have less need for sleep and typically engage excessively in productive or pleasure-seeking behaviors. There may be a sense of increasing closeness with God or preoccupation with spiritual themes and universal meaning. Less extreme symptoms are seen in hypomania, whereas mania involves the severest symptoms such as grandiose delusions (fixed, false beliefs of, for example, our special significance or power), rapid or incoherent speech, hallucinations, and/or major impairments in judgment. On a mood graph, mania and hypomania may be represented as follows: